Mary Anning: Who Was She?

Everyone who has ever watched Friends knows what Ross’s job is (Paleontology), but have you ever wondered where this fascinating subject emerged? 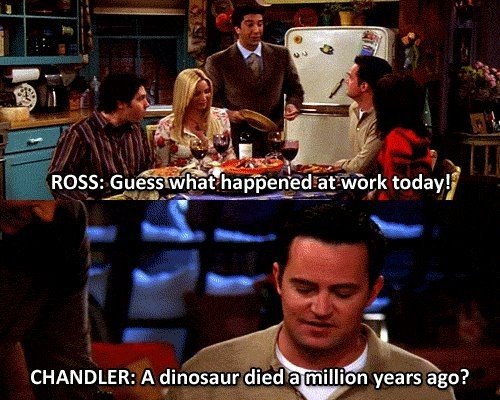 One of the researchers who paved the way for fossil research was Mary Anning.

Even as a child, she would walk along the river and find fossils from the Jurassic era.

The fossils that she collected contributed to a fundamental change in scientific thinking about ancient life and the history of the earth.

Anning’s formal education was limited. She learned how to read and write at church, but not much more.

Even without a formal education, she became a groundbreaking scientist, and made her first discovery at the age of 12.

Although she never acquired a formal education, she is considered one of the ten most influential British women in the history of science.

But it was a different type of wood encounter than changed her life.

Mary Anning: Struck by A Lightning at 15 Months Old

In August 1800, when Anning was only 15 months old, she was being held by a neighbor who stood under a tree with two other women.

Suddenly, lightening hit the tree and killed the three women.

Mary was miraculously saved, and for years her curiously and easygoing personality was considered to be a result of that event.

Perhaps it was because of the lightening, and perhaps not, but Mary spent most of her childhood in nature.

Her carpenter father would collect fossils he found in the beach cliffs by their house and sell them to tourists.

When Mary joined him, they collected and studied the fossils together.

Anning’s formal education was limited. She learned how to read and write at church, but not much more.

Even without a formal education, she became a groundbreaking scientist, and made her first discovery at the age of 12.

Her most famous finding was a Ichthyosaurus skeleton, a type of large prehistoric marine reptile, that she and her brother found in 1811.

They initially believed it to be a crocodile skeleton, but she quickly realized it was a different animal, one that had been unknown until then.

She called the animal Ichthyosaurus (lizard fish in Latin).

The skeleton was sold for only  23£ and was presented in London.

There, captured people’s attention and raised questions about the history of living creatures the the planet’s age.

At the time, most people believed in theology and that God created all creatures. Science slowly started to star in a bigger role.

But her discoveries didn’t end there, and ten years later she discovered the Plesiosauria.

In 1823, she and her brother Joseph discovered the first complete specimen of a plesiosaur in Lyme Regis.

This discovery was groundbreaking for its time as it offered a glimpse into a facet of prehistoric life that had previously been unknown.

Mary’s observations about the specimen and its anatomy were included in her book, The Oryctography of Lyme Regis, which was published in 1822.

Her work helped to establish plesiosaurs as a distinct species and highlighted Mary’s expertise in recognizing fossils specimens with great accuracy.

Mary Anning’s discoveries and observations about plesiosaurs are still being studied today, making her an invaluable contributor to the field of paleontology.

Aning became well-known in geological circles in Britan and throughout Europe.

Still, as a woman she was not allowed to join the Geological Association of London and didn’t always receive full recognition despite her many discoveries.

She published one scientific paper in her life, which was published in the Journal of Natural History.

In the paper, she criticized some of the claims that appeared in the journal. Henry De la Beche, a London native, received the recognition.

He rose to fame after becoming the first director of the Geological Survey of Great Britain, helped pioneer the first methods of geological research, and became the first President of the Paleontographical Society.

She also discovered various other fossils, including a complete specimen of an ammonite fossil which she found in 1812.

Ammonite fossils are very rare and valuable; they were thought to have been the petrified coiled horns of the Biblical creature, the Ammonite.

Anning’s discovery of this particular fossil was a remarkable achievement and attracted attention from scientists around the world.

In addition to her discoveries, Mary Anning also gained recognition for her skills in fossil preparation and restoration.

Her meticulous work ensured that these fossils were preserved for scientific study and remains an important part of our understanding of prehistoric creatures and geological history.

Aning herself passed away in 1847, at the age of 47, almost completely anonymous.

Years would pass before other researchers would prove that the world existed millions of years, and that wonderful creatures lived in it before man came into the world.

Mary Anning was memorialized in the book Remarkable Creatures by Tracy Chevalier (the author of the book The Girl With the Pearl Necklace).

Remarkable Creatures is a historical novel about the life of renowned paleontologist Mary Anning.

The book follows her story from childhood, when she discovers an ichthyosaurus fossil on the beach near her home in Lyme Regis, England. A

s she grows older, Mary finds more and more fossils along the coastline, and eventually becomes renowned amongst the scientific community.

Despite her accomplishments and reputation, she struggles with the Victorian society of 19th century England as a woman born into poverty.

The novel follows Mary’s story as her discoveries push forward the science of paleontology, while also giving us insight into what life must have been like for an ambitious but underprivileged woman in that time.

With a keen eye for detail and thrilling portrayals of scientific discoveries, Tracy Chevalier has crafted an inspiring tale about Mary Anning’s remarkable life.

The book also explores the themes of gender roles and class in Victorian England, as Mary struggles against discrimination and prejudice due to her gender and social standing.

Her story is a testament to the power of determination and hard work, as Mary was never deterred from her passion for fossil hunting and discovery.

Ultimately, Remarkable Creatures is an engaging and inspiring read about one woman’s fight against an oppressive society, and her ultimate success in changing the course of science forever.

The book also tells Anning’s story and focuses on her discoveries and friendship with Charlotte Murchison.

In 2020, Mary Anning was also a subject of the movie Ammonite, starring Kate Winslet and Saoirse Ronan.

The movie portrayed Anning as a lesbian woman in an emotionally charged relationship with another woman, Charlotte Murchison, herself a fossil collector.

Since Anning herself never wrote explicitly about her sexuality, there is no clear way to indetify her sexuality.

However, some speculation exists that she may have been a lesbian or bisexual based on the close friendships she had with other women in her community.

While there is no direct evidence to suggest this definitively, scholars and historians argue that the lack of any male relationships or marriage proposals in her life could point to a possible lesbian or bisexual identity.

Additionally, Anning was known for having strong personalities and fiercely independent attitudes towards society, which may have contributed to her avoidance of romantic entanglements with men.

One of Anning’s closest relationship was with Charlotte Murchison, the wife of British geologist Roderick Impey Murchison.

In the movie Ammonite, the two women are displayed as lovers.

The two women shared an interest in fossils and geological science, which served as a basis for their friendship and collaboration.

Mary helped Charlotte understand how to identify different species of fossils and contributed her knowledge about the Jurassic Coast to Murchison’s geological studies.

In return, Charlotte arranged for Mary to be recognized by the Geological Society of London and even gave her a gold brooch as a token of appreciation.

The two women remained close friends until Charlotte’s death in 1869, making their friendship one of the most significant partnerships in the history of geological science, regardless of whether they were also lovers or not.

Today, Mary Anning is recognized as one of the most important figures in the history of geology and paleontology.

Her discoveries and work helped contribute to a better understanding of the Jurassic Coast and its fossils, which has led to a greater appreciation for the natural world and its history.

In addition, her close friendship with Charlotte Murchison has also been seen as an important example of female collaboration in the sciences during a time when women were largely excluded from these fields.

Mary Anning’s legacy continues to inspire generations of scientists and is a reminder that anyone can make a difference, regardless of their gender or background.

Today, we can say that she was ahead of her time.

Her discoveries challenged popular perceptions of the creation of the world and sparked discussions about the origin of man.

The world was not ready for a woman in a male-dominated academic arena, but today she is considered one of the greatest fossil explorers who ever existed.

Ross, who never gets tired of dinosaurs, also thanks her.

The first ichthyosaur specimen was discovered in Lyme Regis by Mary in 1811 when she was just 12 years old.

She recognized the fossil’s importance and continued to uncover several more specimens over the course of her life, leading to groundbreaking discoveries about the extinct species.

She also made important observations about other fossilized creatures, such as belemnites and plesiosaurs.

Mary’s work eventually helped establish the fields of paleontology and geology in Britain, earning her recognition as one of the most influential fossil hunters in history.

Her detailed descriptions of fossilized specimens and theories about their origins have been cited in many scholarly works over the years, helping to shape our understanding of prehistoric life on earth.

More Articles You May Enjoy: