If you’ll ask a random person to think of a scientist, likely they’ll think of a dude in a white lab coat.

Sure, most people are familiar with Marie Curie and perhaps Rosalind Franklin, but if you ask a sample of ten people to name just five more women scientists, they will likely draw a blank.

Throughout history, women have been involved in developing mathematics, chemistry, physics, biology, and really – any and every field of science.

Women have overcome many obstacles to do this – they’ve taught themselves at home late at night after their children or younger siblings went to bed. They were denied formal education.

They had to endure sexism, and their contributions were minimized and ignored. To this day, many of these brilliant women aren’t mentioned in schools.

We’re here to recognize these brilliant female scientists’ efforts and contributions, who refused to accept the barriers placed before them.

She dropped out of school at age 16, but through her job at St Thomas’s Hospital Medical School, June Almedia became a leading virologist and earned a Doctor of Science based on her research there.

She identified the first human coronavirus with techniques that she pioneered, using antibodies to visualize viruses through electron microscopy. 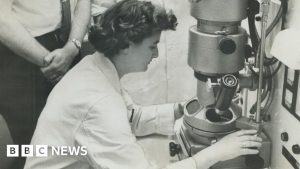 One of the more famous female scientists (or at least one that is often included in these types of lists), Hedy Lamarr helped develop an early version of frequency-hopping spread spectrum, which served as the basis for many of the most important technological advancements of the past decades, including WIFI and Bluetooth. 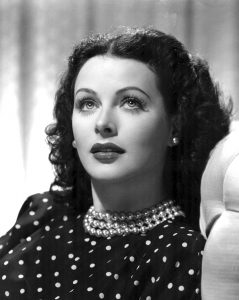 Mary Anning’s childhood hobby of walking along the beach and collecting interesting finds turned into a later career as a paleontologist and fossil hunter.

Like many women scientists of her time, she was self-taught and could not fully participate in the scientific community.

She was denied entry to the Geological Society of London and did not receive full credit for many of her discoveries and contributions.

Her fossil discoveries could not be ignored forever: among them, she was the first to correctly identified ichthyosaur skeleton and the first two nearly complete plesiosaur skeletons.

Margaret Mead was an American Cultural Anthropologist whose findings and writings influenced the 1960s sexual revolution.

Her book, Coming of Age in Samoa, which was published in 1928, followed teenagers’ sexual lives in Samoa and suggested that culture and upbringing influenced psycho-sexual development.

The book was an important milestone in the nature vs. nurture debate and sparked controversy and discussion for years following.

sther Pohl was an American physician and public health pioneer who was also the first woman appointed to direct a department of health in a major U.S city (Portland, Oregon).

Her leadership prevented an outbreak of the Bubonic Plague in Portland.

As a postgraduate student, she co-discovered radio pulsars – in fact, she was the first to observe this. Yet she was overlooked when the discovery was awarded a Nobel Prize.

Fortunately, she received recognition in 2018, when she was awarded the Special Breakthrough Prize in Fundamental Physics.

She used the money to set up a scholarship fund to help women, refugees, and minorities become physics researchers.

Lise Meitner was born in 1878 in Vienna, Austria. She was a gifted student and went on to study physics at the University of Vienna, where she became the second woman to obtain a PhD in physics from that institution. Meitner’s early research was in radioactivity and she made important contributions to our understanding of beta decay.

In 1907, Meitner began working with Otto Hahn, who would go on to be her lifelong collaborator. Together, they made groundbreaking discoveries about nuclear fission. In 1938, Meitner and Hahn published a paper proposing that nuclear fission could explain the release of energy observed during an experiment.

However, it was not until 1939 that Meitner and Hahn published a paper describing the experiment that confirmed their theory of nuclear fission. This discovery was crucial to the development of nuclear weapons during World War II.

Meitner was nominated for the Nobel Prize in Chemistry in 1945, but she did not receive the award. It is widely believed that she was snubbed because she was a woman and because she had fled Nazi Germany. Meitner continued to work on nuclear physics until her retirement in 1960. 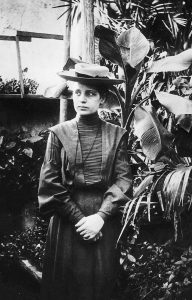 Like many other female scientists, Gertrude Elion initially struggled to find research jobs that would take her seriously, despite her focus and dedication. She persevered, and her work in biochemistry and pharmacology led to the development of the AIDS drug AZT, as well as awarding her the Nobel peace prize (along with George H. Hitchings and Sir James Black).

Partially deaf due to an ear infection in childhood, Helen Taussig became a cardiologist who used her fingers instead of a stethoscope to measure heartbeats in her clients. She pioneered pediatric cardiology and became the first woman to serve as head of the American Heart Association.

Her biggest legacy is developing the Blalock-Taussig shunt to deliver oxygen from the lungs to the heart of “blue babies.

Rita Levi-Montalcini devoted a large portion of her life to the discovery of NGF (nerve growth factor), a neuropeptide involved in maintaining the nervous system. She was awarded a Nobel Prize for her work and became the first Nobel Laureate to reach the age of 100.

While living in hiding under a false identity during the Second World War, she set up a makeshift lab to continue her work.

Another example of a female scientist being overlooked by the Nobel Committee, Chien-Shiung Wu conducted the Wu Experiment, which showed that parity is not conserved, and led to her colleagues receiving the Nobel Prize in 1957. While she was mentioned in their acceptance speech, she wasn’t officially recognized for her role until she was awarded the Wolf Prize in 1978.

She also made significant contributions to the atom bomb’s development through her work in the Manhattan Project.

In 1963, she became the first woman to have flown in space in a solo mission. In just under three days, she orbited the Earth 48 times.

Later on in her life, she gave birth to the only person who had both a mother and a father who traveled in space.

A German mathematician, Emmy Noether worked without pay for years and lectured under her colleague’s name, as women were not allowed to receive a salary back then.

She proved two theorems that were basic for both general relativity and elementary particle physics, as well as doing foundational work in algebra.