Back when New York was still mainly Dutch, Sojourner Truth was born in a small, isolated farm.

Dutch was her native mother tongue – and all through her life she had an accent when speaking English.

Her father was bought from Ghana, and her mother was captured in Guinea.

Sojourner Truth still grew up to become the only black woman who sued a white man and won (twice!).

She also published a best-selling book, became a sought-after speaker throughout the US, and performed one of the most famous speeches in American feminist history.

She was born in 1797 as Isabella Baumfree.

At just 9 years old, she was sold along with a herd of sheep for $100. She was later sold several more times through her lifetime.

The farm owner forced her to marry another slave on the farm to increase the number of slaves he owned. Her three children were born from this marriage: Peter, Elizabeth, and Sophia.

Sojourner Truth: How She Got Her Freedom

In 1826, her owner broke an agreement they made to release her. She decided to escape with her daughter Sophia. Years later, she said,

I did not run away, I walked away by daylight….”

Shortly after her escape, she found out that her five-year-old son, Peter, was illegally sold into slavery in Alabama.

How could an illiterate Black woman without any possessions, whose Mother tongue wasn’t even English, stand against a white farm owner, who spoke perfect English?

Any other woman would have given up, but not Truth.

She decided to sue her former owner and demand that her son would be returned to her. To everyone’s astonishment, she won the trial and reunited with her son.

It was the first time that a Black woman won a lawsuit against a white man.

Shortly after, she experienced a divine revelation, converted to Evangelism, and changed her name to Sojourner Truth. She joined a religious preacher who was later revealed to be a cult leader.

When it became clear that he was a con artist, some of the cult leaders tried to pin the blame on Truth. She didn’t bat an eye. Instead sued them for defamation.

Again, she won the lawsuit.

She dedicated the rest of her life to abolishing slavery and helping slaves escape into freedom.

She was one of the most famous speakers against slavery, along with Harriet Tubman and Fredrick Douglas. Her memoir, The Narrative of Sojourner Truth: A Northern Slave, became a bestseller.

Since she didn’t know how to read or write, she dictated the book to a friend. The book is one of only a handful of first-person accounts of slavery in the North.

Abolition wasn’t the only social issue that Truth dedicated her life to. She was one of the first feminists in the United States and one of the first to speak about what we now call Intersectionalism: the intersection of social rifts or struggles.In 1851, at a conference for women’s rights in Ohio, she delivered her speech Ain’t I A Woman, one of the most famous speeches in the history of the feminist movement. The speech is still taught in schools throughout the United States.

She didn’t cut anyone any slack in her speech.

With the start of the Civil War, Truth traveled throughout the North and convinced Black people (including her grandson) to join the forces.

With the end of the war, she was invited to Washington, D.C, to assist in establishing a government office that would create a rehabilitation program for freed slaves.

She continued to travel throughout the US, speaking up for women’s rights and rehabilitation of freed slaves, as long as she was able to.

She passed away in 1883, at the age of 86. Ain’t I a Woman is still considered one of the most important and most quoted speeches in the US’s history. It was quite an amazing accomplishment for someone born into slavery who never learned how to read or write. 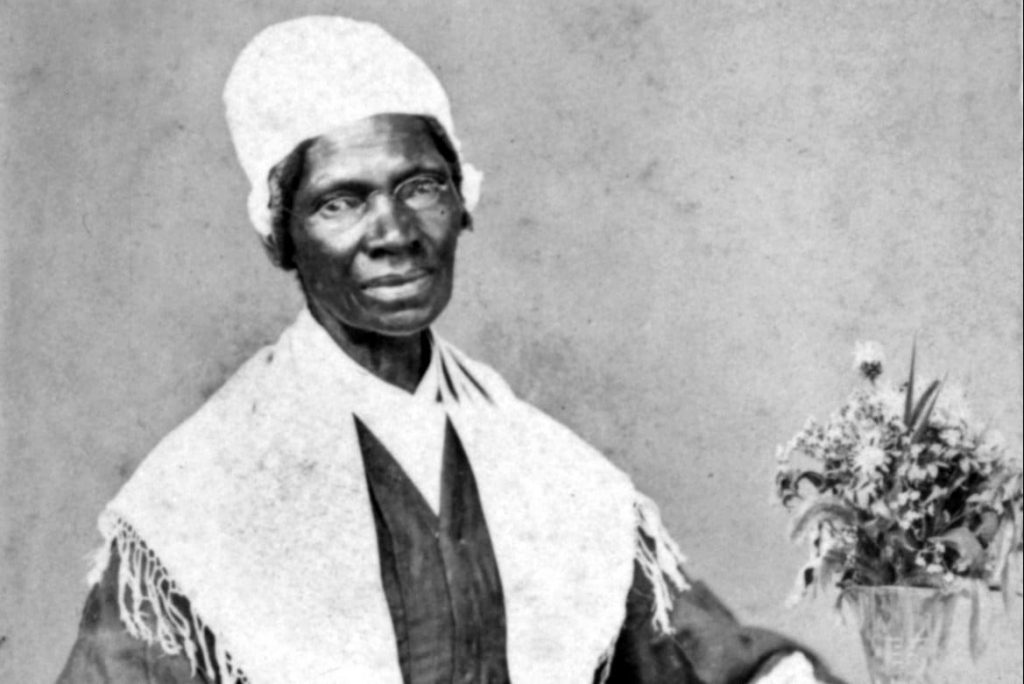 Frieda Belinfante: The Jew who dressed up like a man and fought in the Dutch resistance