Sarah and Angelina Grimke: Born to a Slave-Owning Family in the South, They Became Prominent Abolitionists

Sarah and Angelina Grimke were white sisters who were some of the earliest abolishment leaders in the United States. Unlike many in the slavery abolition movement, they were white girls from North Carolina, born to a slave-owning family. When they became abolition activists (and later on, suffragists), they went against their family, their state, and the culture they were born into. They were also some of the first to protest slavery, as early as the 1830s – more than 30 years before the Civil War called for its repeal.

Sarah was born in 1792, and in 1805, when she was 12, Angelina was born, the youngest daughter. Although there were 14 brothers and sisters in the Grimke family, Sarah and Angelina were the only ones who developed an early aversion to the institution of slavery and to the patriarchal culture of the South, which prohibited women’s education.

In 1819, Sarah escorted her father to receive medical treatment in Philadelphia and stayed with him for several months until he passed away from his illness. During her stay, she met the Quakers, a Christian sect that was one of the first to fight against the intuition of slavery. When she returned to North Carolina, her aversion to slavery became manifest. She said that after returning to the South, “my soul could no longer find refuge in the light of the slaves’ suffering. It was a situation that could not be defended. “

Not long after, Sarah decided to leave. She moved to Philadelphia and joined the Quakers, and Angelina joined her in 1829. Angelina published a letter in the leading abolitionist newspaper protesting slavery in 1835.

The letter sparked a great scandal. Up until then, most of the prominent speakers against the intuition of racism were either former slavers or white men of high status from the South. This was the first time the voice of white women from the South was heard – women whose families profited from slavery.

Their family were not happy about the letter and cut contact with the two. With its publication, they became unwanted in their homeland, but they didn’t let that stop them.

Quite the opposite. A year after the letter’s publication, Angelina wrote another public letter, addressing the Christian women of the South. She called the women to object to slavery and revel against the Southern way of living.

The letter caused a storm, not only among the people of the South but also among people from the North, who couldn’t understand a woman speaking out on such a complicated subject. The public outcry led Sarah to write a series of letters known as “Letters on Gender Equality.”

Following the series of letters, the Grimke sisters became sought-after speakers and went on tour, mainly in the Northern cities. They broke conventions of the era by demanding to speak in front of mixed audiences – both men and women, black and white.

In 1838, Angelina married Theodore Dwight Weld, one of the leaders of the abolition movement. Sarah never married and moved in with Angelina and her husband in Boston. Together with Weld, they published the book American Slavery As It Is: Testimony of a Thousand Witnesses, one of the most thorough books on the topic, which brought together testimonies of slaves and farm owners from the South. They also opened a boarding school, which prominent feminists of the time, such as Elizabeth Stanton, sent their children.

Shortly before the Civil War, they discovered that Henry, one of their brothers, had an illegal affair with a half-white slave. Three children were born from that relationship; all of them considered slaves. They found out about the relationship after Henry’s death when the children’s future came up. Sarah and Angelina made sure that all three children – who were, of course, their nephews – would be transferred to the South immediately, where they would live a life of freedom. They also helped their nephews achieve and education and career.

Sarah died in 1873, and Angelina died a few years later, in 1879. They were among the only white women who were active in abolishing slavery, and they were the most prominent. The Grimke sisters followed their belief about right and wrong, even when it meant giving up everything – their religion, their culture, their home, their country, and even their family.

If you want to read more about the Grimke sisters, Sue Monk Kid, the author of The Secret Life of Bees, wrote an excelled book based on the sisters’ story: The Invention of Wings. 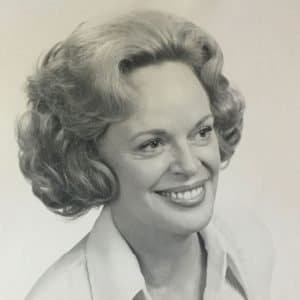 Genie Chance: The Earth Beside Her Shook, So She Broadcasted for 59 Straight Hours 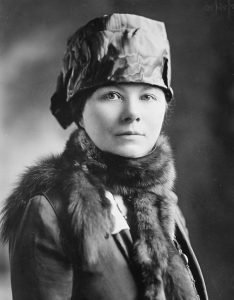