Nawal El Saadawi: The Egyptian feminist who got sent to jail. And then wrote a book on toilet paper

Nawal El Saadawi never held back on speaking her mind – even when doing put her into prison and made her the target of rage among clerics in Egypt and the Arab world. She didn’t have to – as a doctor and psychiatrist who served as CEO of the Egyptian public health system, she could have chosen to live a comfortable life. But she preferred to speak out against the world she knew.

She was born in Egypt in 1931, the second child amongst 9 brothers and sister, born to a father who worked in public service. When she was 10, she underwent female genital mutilation – an event that would leave a lifelong trauma. At the age of 10, her father decided to marry her off against her fill, but she was able to convince her mother to object to the marriage, and the engagement was canceled.

As a young girl, she dreamt of becoming a dancer, but her father wasn’t able to buy her a piano or piano lessons, so she decided to become an author instead. She poured all her time and effort into schoolwork and quickly became the best student at her high school. According to her, she didn’t want to become a doctor, but she reived a scholarship for medical school due to being the best student, and her parents left her no choice.

She finished medical school in 1955 in Cairo and went on to specialize in psychiatry at Columbia University. She finished her studies in 1966 and returned to Egpyt, and shortly thereafter was appointed Director of Public Health Authority. She founded a medical journal in 1968, but the authorities shut it down due to the “distrubition of inappropriate content”.

Nawal didn’t “get the hint” and hide away, but the opposite. She decided to go to war against the world. She had her feminist awakening as a young girl when her grandmother told that öne boy is worth 15 girls”. Her years in the United States – and the second wave of feminism – strengthened her feminist opinions.

She wrote Women and Sex in 1972, about the Arabic obsession of trying to control women’s sexuality, and female genital mutilation. Unsurprisingly, the book caused public outrage, and she was fired from her job. That didn’t shut her up, either. She was jailed in 1981 for three, in response to her public critic, due to “crimes against the state and religion”.

She used her time in prison wisely. During the three months in jail, she wrote her memoir, Memoirs from the Women’s Prison with an eyeliner pencil on pieces of toilet paper. She was able to smuggle the papers to her supporters outside the prison. In the book, she discusses (amongst other topics) the trauma she endured due to the female circumcision – a taboo subject few women in Egyptian society dared write about. The book was published in 1983, strengthening her position as one of the leading (and most radical) feminists in the Arab world.

After being released from prison, she sued the Egyptian authorities, claiming that she was unlawfully imprisoned. She won the suit, but she never received the millions that the court granted her in compensation.

Throughout the years, her name frequently appeared in the “death lists” of various imams against the infidels. The calls for her death were not only limited to Imams in Egypt, but also came from Saudi Arabia and other countries – evidence of her influence as one of the most prominent feminists in the Arab world.

Over the years, she developed an anti-religious worldview. According to her, all religions oppress women, and therefore the only way to liberate women is to separate religion and state. To that end, she set up the Egyptian branch of the Association for the Promotion of Secularism. She also became one of the most prominent speakers against the Burqa in the Arab world.

Her daughter, Mona, followed her footsteps and grew up to be an outspoken feminist. In 2007, she was put on trial for heresy against Islam after publishing a poem for Mother’s Day. In the poem, she wrote:

What present can I give to my mother – shall I give her shoes? A dress? The gift I will give is to carry her name.

During her career, El Saadawi wrote over 50 books – all about women and feminism, and almost all of them focusing on the Arab world. Today, she is one of the most prominent and well-known feminists in the Arab world. She herself does not regret her public career even for a moment. In an interview for the British Guardian, she talked about what keeps her inspired to carry on in her work:

Her energy, she insists, comes from the 10 to 15 letters she receives every day from people who say their lives have been changed by her writing. “A young man came to me in Cairo with his new bride. He said, I want to introduce my wife to you and thank you. Your books have made me a better man. Because of them I wanted to marry not a slave, but a free woman.” 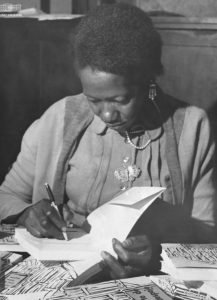 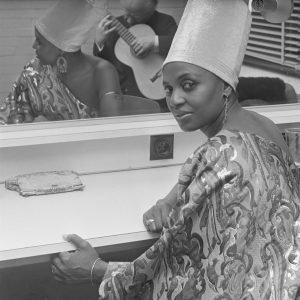 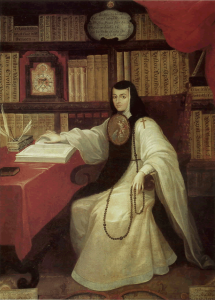 Turia Pitt: Most of Her Body Burned as She Ran, But She Didn’t Let That Stop Her

PrevPreviousQueen Nzinga: The Portuguese sold her people into slavery – so she went to war
NextLucy O’Reilly Schell: The Race Car Driver That Beat HitlerNext