Like in many other fields, males seem to dominate famous scientist lists. Sure, most people are familiar with Marie Curie and perhaps Rosalind Franklin, but if you ask a sample of ten people to name just five more women scientists, it’s likely that they will draw a blank. Yet Carl Sagan, Albert Einstein, Charles Darwin, Stephen Hawking, and many other male scientists are household names.

The intention of this website is to bridge that gap. Throughout history, women have been in 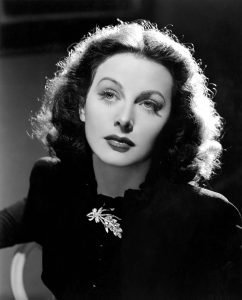 volved in developing the fields of mathematics, chemistry, physics, biology, and really – any and every field of science. Women have overcome many obstacles to be able to do this – they’ve taught themselves at home late at night after their children or younger siblings went to bed. They were denied formal education. They had to endure sexism, and their contributions were minimized and ignored. To this day, many of these brilliant women aren’t mentioned in schools. We’re here to recognize the efforts and contributions of these brilliant female scientists.

Dona Gracia: The Millionaire That Wanted to Set Up a Jewish Country, 500 Years Before Hertzl

They Liked to Run But Couldn’t Find The Right Bra. So They Invented One

Australia Didn’t Want To Send Her to the Olympics. So She Raised Her Own Funds and Won the Gold Medal

The Trung Sisters: The Vietnamese sisters who defended Vietnam from the Chinese

PrevPreviousCarolina Maria de Jesus: She Lived In the Slums, Had An Elementary-School Education, and Wrote a Best-Seller
NextBarbe-Nicole Clicquot: Widowed at 27, She Founded the Most Prestigious Champagne Brand in the WorldNext