Harriet Tubman: She Freed Slaves and Fought For the Union Army

Born as a slave, Harriet Tubman became the woman who led the most slaves to their freedom. She aunderwent brain surgery without anesthesia and was also the first woman to lead an attack in the U.S. military. These are just ways to describe Harriet Tubman, a woman who was born a slave, managed to escape, and instead of enjoying the life of freedom in the north – devoted her life to helping others.

Her speech, Ain’t I A Woman, is still considered one of the most important and most quoted speeches in the history of the US. Quite an accomplishment for someone who never learned to read or write. A prominent feminist and abolitionist, she was the first Black woman to win a trial against a white man.

Lisa Lindahl, Polly Smith, and Hinda Miller wanted to find a way to run without back pain. The invention is what we know now as the sports bra. 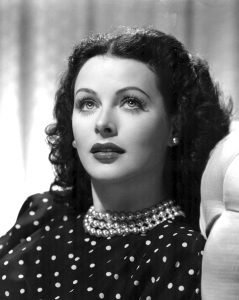 “My beauty was my curse, so-to-speak. It created an impenetrable shield between people and who I really was, and made people view me in only