She was widowed at the age of 27, as a mother to a 3-year-old daughter. Napoleon’s wars occupied the world, and importing goods from France was forbidden. But Barbe-Nicole Clicquot didn’t give up.

Instead, she went down to the basement and developed new methods to make wine. Her methods are still used today to make what we now call champagne. Thus, she became of the world’s first international businesswomen.

In case you were wondering, “‘Veuve” means “widow” in French. So the Veuve Clicquot brand carries her name: the Clicquot Widow.

Barbe-Nicole Cliquot was born in 1777 was born to a wealthy family in Reims, France. Her father supported the revolutionaries and Napoleon later on. Thus, her family was able to keep their assets, unlike many other wealthy families.

Her father decided to marry her off to François, the son of the Clicquot family – their most serious business competition. Despite it being a marriage of convenience, François and Barbe-Nicole got along wonderfully.

When her husband died of typhus in 1805, Barbe-Nicole came to her father-in-law with a proposal: she would run the family vineyard.

Under Napoleon’s rule in those years, women were forbidden to own a business or earn money – except for widows, who could inherit their husbands’ money and businesses.

Indeed, her proposal was widely criticized by those in the company who viewed themselves as the natural successors.

But in stark contrast to the business logic of the time – her father-in-law agreed, on one condition: she would first go and do an internship in one of the surrounding vineyards so that he could see if she, as a woman, could run a vineyard at all.

Barbe-Nicole agreed. She sold all the other family businesses, rolled up her sleeves (contrary to all societal expectations of a woman of her status), and learned all that she could about the world of wine.

She soon became the first woman in the world to run a vineyard.

The beginning was a difficult one. The world was in the midst of Napoleon’s wars, and many countries imposed an embargo on imports of goods from France.

Clicquot did not despair in the face of the early losses. She took out a loan of 80,000 francs (a hefty sum at that time) and went to work in the basement.

There, she developed a new Riddling system, which allowed her to create what we now know as champagne: sparkling wine. Until then, the Champagne province in France produced mainly “regular” white wine. But with Riddling, a new kind of wine appeared.

When Napoleon was defeated and banished to Elba in 1814, she decided to make her life’s biggest gamble and betray her country. She knew that other countries would want to celebrate their victory over France – so why not do it with a glass of her sweet sparkling wine?

Barbe-Nicole smuggled 10,000 bottles to the Russians (which were quickly snatched up) before other French wineries could even understand what was going on. Another delivery of 13,000 bottles a week later was also sold out.

And in 1815, when the Congress of Vienna convened to decide on the new European order, she ensured that all the European elite tasted the new wine. 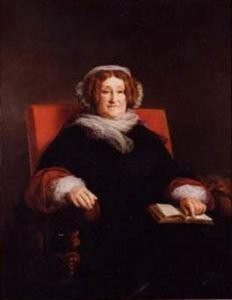 And the rest is history.

Veuve Clicquot became one of the most-known and most-sold wine brands in Europe. Champagne became synonymous with pleasure, and Barbe-Nicole became one of Europe’s most famous and successful women.

When she died in 1866, all of Europe mourned her. The winery she ran was one of the biggest in Europe. Under her management, the number of bottles that Clicquot produced went up from 60,000 to 750,000. It went from being a small player in the wine market to the only wine brand that the Russian Czar family agreed to drink. And in case you were wondering, the method she developed is still used today to make champagne. Not bad for a widow who no one believed she could run the vineyard. 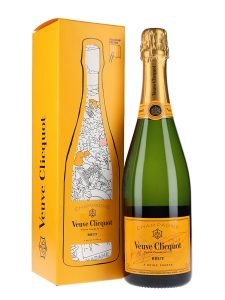